Neither did we! But boy were we wrong. That’s why I never like to assume G can’t do something. We have had some great family camping trips and some did have a few challenges along the way. But it sure was worth it!

I will always have great childhood memories of camping with my family in Honeymoon Bay. Days spent swimming, fishing, creating fantasy worlds in the forest that surrounded us, finding “furniture” and homes within the shapes and grooves of the granite rocks and cooking over the campfire. The whole family including grandparents, cousins and pets would be there. These were memories I hoped to make for my family. That reality became a little more challenging when the kids were young and Gracie struggled with meltdowns and sensory issues more than she does today. But most importantly, how could we be sure she would be safe when she was known to take risks when she didn’t understand the danger?

Well we did manage to go camping several times and make memories I hope they will cherish like I did. It wasn’t always easy though and there was a lot of preparation to make the trips a successful one!

I still remember the time Gracie was about 10 years old and having a doozy of a meltdown. We didn’t want the entire campground to hear her or have her siblings embarrassed because all eyes would be on us. So I managed to get her in the car and drove around the campground and parking lots. I can’t even remember what it was about. But boy did G scream! She screamed and kicked the windows, kicked my seat, tried to hit me and tried tearing off her seatbelt (she was too distraught to think clearly enough to remember to just click the button) but that is why we stuck with the camp roads and parking lots. I don’t know how long this went on for but it seemed like forever. She finally stopped and we went back to our campsite like nothing had just happened. Emma and Josh were still having fun with their dad and grandma and the other campers were still going about their business. I asked Gracie if she was all done and ready to try again before we got out of the car. She said yes, got out and joined her brother and sister. Now I’m sure this meltdown was about something she wanted, when she wanted it as this was usually the antecedent. So if she asked again for whatever it was she had to scream about, the answer still would have been no. We need to be consistent with her or the meltdowns would be 100 times worse. She would’ve realized that I wasn’t changing my answer and moved on or if she started with another meltdown, we’d get straight back in the car and start all over again. She obviously didn’t want to do that again so she chose to move on. A few hours later, when she is fully calm, is when we talk to her about what happened, how she reacted and what she can do next time she feels that way.

During that same camping trip we visited Ottawa and Quebec over Canada Day weekend. We saw fireworks, made s’mores, visited museums and saw concerts. There were crowds and noises and chaos. But we managed. And even though the meltdowns and tough times are still remembered, it’s the good times that stick with me the most.

I share this with you because I know many of you have these same sort of challenges plus some, that might make you believe there is just no way you could ever go camping! But no matter where your child is in life right now, you can still provide the experiences of camping one way or another. Whether that’s at a campground or in your own backyard.

I realized sharing this story and adding in some specific strategies can make for a very long post so I decided to make this a 2 part blog post. Click here for Part 2 if you would like to keep reading on how you too can have a successful camping trip.

Thankful for the Little Things… 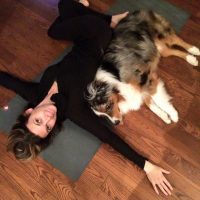